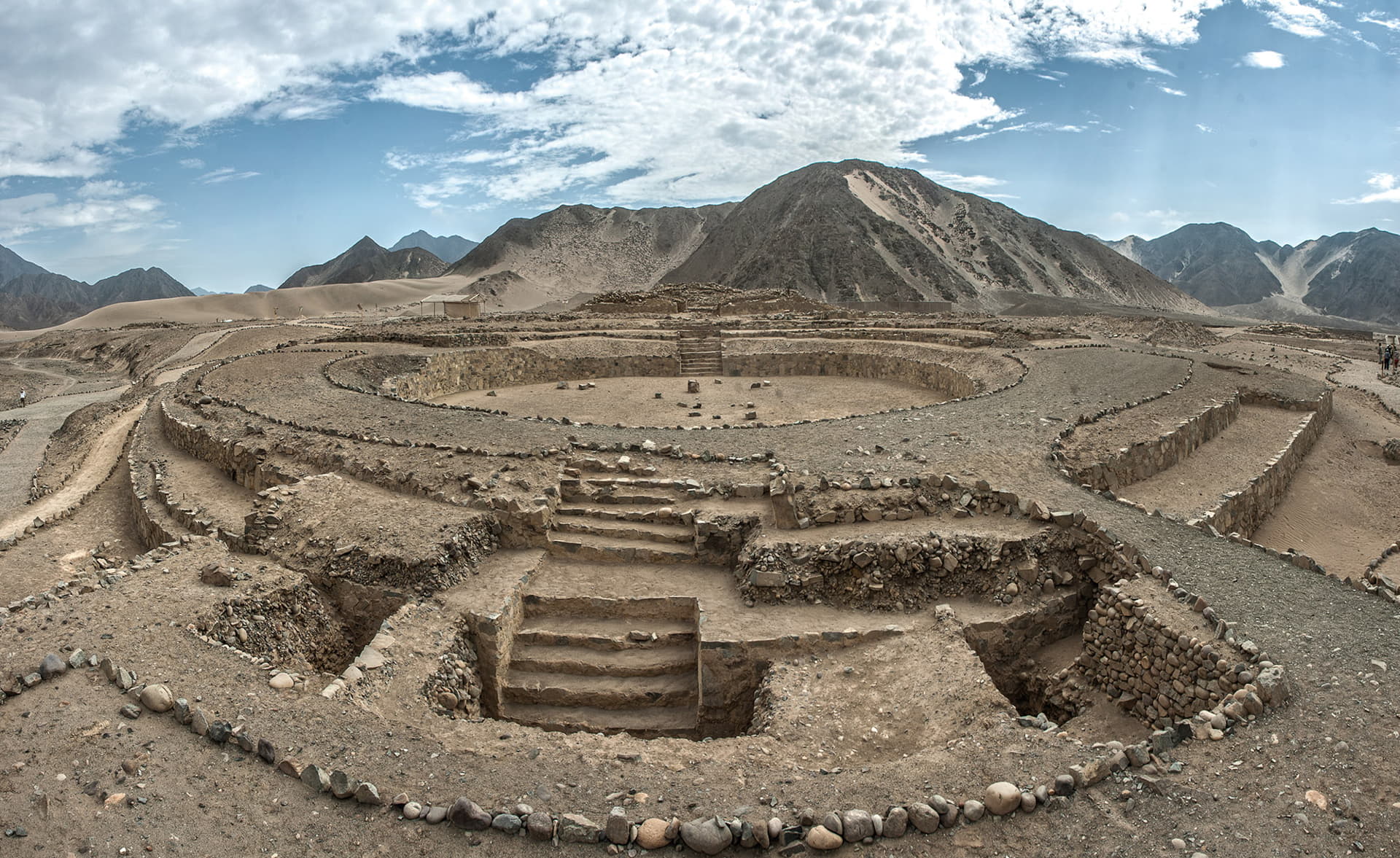 Full-Day Excursion to the Caral Archaeological Complex from Lima.

Early this morning, we’ll make our way north, well past the outskirts of the city to the ancient civilization of Caral. Once in Caral, we’ll leave the van behind and walk about 800 meters to the entrance. First, we’ll see the site known as ‘Sacred Fire’, a small temple in which we’ll find a fireplace where remains of coal, bones, seeds and quartz were found. Afterwards, we’ll see the amphitheater, one of the most spectacular constructions on site. Here, we’ll find a circular plaza where archaeologists believe important ceremonies were held.

We’ll see the Greater Pyramid, a strikingly large building located in a dominating position within the urban area of Caral. Officials standing on the highest part of this pyramid could monitor not only the activities going on in the city, but also a large part of the valley. At this site, the corpse of a young man was found who was most likely sacrificed to honor the gods.

Archeologists also discovered walls decorated with small figures and collars made of shark’s teeth. It’s believed that the Great Pyramid was the center of political, administrative and religious power. From the pyramid, you’ll see the fertile, green Valley of Caral. As we continue to make our way through the complex, we’ll reach a pyramid called Huanca, a small structure overlooking a mysterious monolith which archaeologists believed was used for astronomical and ceremonial purposes. We’ll find a nice spot to relax and enjoy our boxed lunch before we make our way back to the city and your hotel for the evening.

What not is included

You need to bring:

Caral, located in the northern region of Lima, is the oldest civilization in the Americas, dating back to 5000 B.C. On site, you’ll see ancient pyramids made of adobe bricks for altars and ceremonial offerings. Their urban planning was highly developed, and Caral’s advantageous location in the valley allowed inhabitants to successfully cultivate crops and trade with the surrounding communities.

From the Amazon to the Andes

The Treasure of the Incas

Rainbow Mountain in Vinicunca – Mountain of Seven Colors in Perú