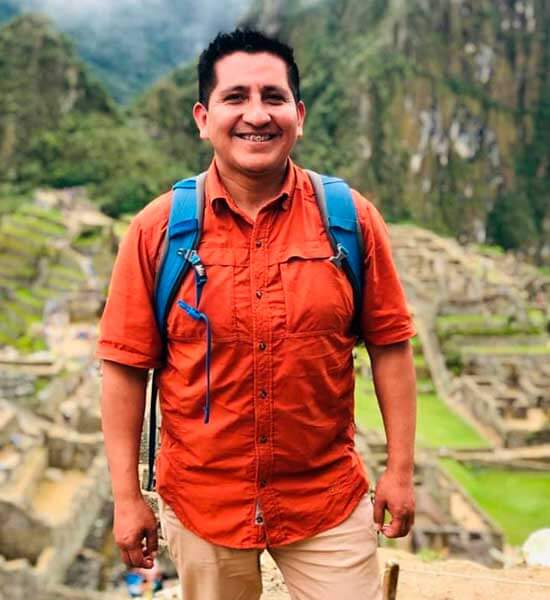 Edwar was raised at his grandmother’s home in a native community of the Andean highlands, working on a farm and learning the local culture and traditions, speaking Quechua as his first language. With the encouragement of his grandmother, he left his community for Cusco to work and begin high school.

As fate would have it, Edwar met two travelers from the US who would change his life forever; who ultimately would become his parents and encourage him to begin studying archeology.
During his formal education, Edwar worked as a guide on the Inca Trail for 4 years, developing his leadership skills and creating educational programs on local flora and fauna, as well as Peruvian archeology and history. Since becoming an official tour guide, he’s focused on Machu Picchu and the Cusco region, specializing in native Peruvian history and architecture. His passion lies in educating young children within his community to respect nature and to take pride in their legacy left behind by the Incas.

COMPANIES I HAVE WORKED WITH: