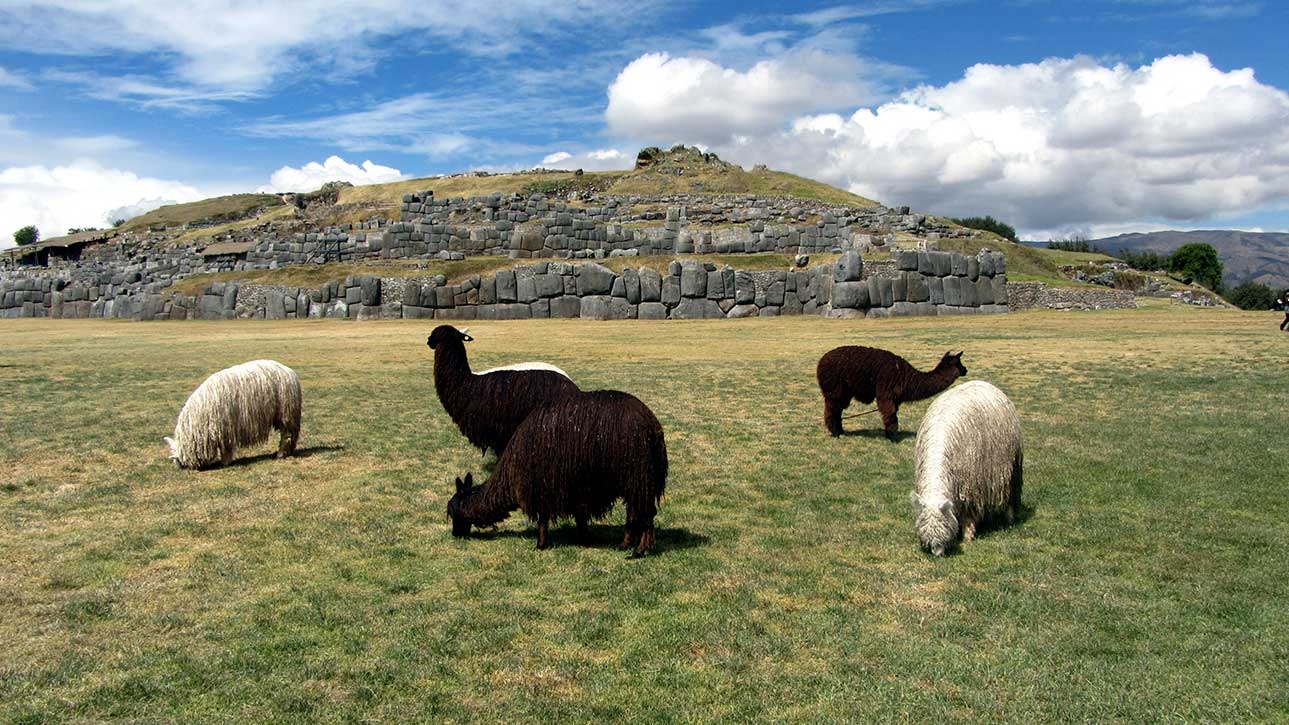 Qoricancha: Temple of the Sun

Coricancha, Koricancha, Qoricancha or Qorikancha (“The Golden Temple,” from Quechua quri gold; kancha enclosure) was the most important temple in the Inca Empire. It is located in Cusco, Peru.

Originally named Intikancha or Intiwasi, it was dedicated to Inti, and is located at the old Inca capital of Cusco. Mostly destroyed after the 16th century war with the Spanish conquistadors, much of its stonework forms the foundation of the Santo Domingo Convent.

To construct Coricancha, the Inca utilized ashlar masonry, which is composed of similarly sized cuboid stones. The use of ashlar masonry made the temple much more difficult to construct, as the Inca did not use any stone with a slight imperfection or break. By choosing this masonry type, the Inca intentionally demonstrated the importance of the building through the extent of the labor necessary to build the structure. Through the arduous labor needed to construct buildings with ashlar masonry, this form of construction came to signify the Inca’s imperial power to mobilize local labor forces.

The replication throughout Andean South America of Inca architectural techniques such as those employed at Coricancha further illustrates the Inca’s control over a vast geographic region.

Pachakutiq Inca Yupanqui rebuilt Cusco and the House of the Sun, enriching it with more oracles and edifices, and adding plates of fine gold. He provided vases of gold and silver for the Mama-cunas, nuns, to use in the veneration services. Finally, he took the bodies of the seven deceased Incas and enriched them with masks, head-dresses, medals, bracelets, sceptres of gold, placing them on a golden bench.

The walls were once covered in sheets of gold, and its adjacent courtyard was filled with golden statues. Spanish reports tell of its opulence that was “fabulous beyond belief”. When the Spanish required the Inca to raise a ransom in gold for the life of the leader Atahualpa, most of the gold was collected from Coricancha.

The Spanish colonists built the Convent of Santo Domingo on the site, demolishing the temple and using its foundations for the cathedral. Construction took most of a century. This is one of numerous sites where the Spanish incorporated Inca stonework into the structure of a colonial building. Major earthquakes severely damaged the church, but the Inca stone walls, built out of huge, tightly interlocking blocks of stone, still stand due to their sophisticated stone masonry. Nearby is an underground archaeological museum that contains mummies, textiles, and sacred idols from the site.

Similarities exist in the semicircular temples found in the Temple of the Sun in Cusco, the Torreon in Machu Picchu, and the Temple of the Sun in Písac. In particular, all three exhibit a “parabolic enclosure wall” of the finest stonework, as Bingham describes it. Besides the structural similarities, there are similarities in usage, including the observation of solstices and Inca constellations. Within the Milky Way, which the Inca called mayu or Celestial River, the Inca distinguished dark area or clouds, which they called yana phuyu. These were considered silhouettes or shadows of animals drinking from the river water. Amongst the animals visible to the Inca, a llama extended from Scorpius to Alpha Centauri and Beta Centauri, in which those two stars formed the llama’s eyes, or llamacnawin. A baby llama, llama-cria, was inverted underneath. To the left of the llamas is a red-eyed fox, atoq, which lies between Sagittarius and the tail of Scorpius. The tail of Scorpius is a storehouse, or Qullqa. A partridge, yutu, was just below the Southern Cross, and a toad, hamp’atu, to the lower right. A serpent, machaguay, extends off to the right.

During the Inti Raymi, the Sapa Inca and curacas would proceed from the Haucaypata, where they greeted the rising June solstice rising sun, to the inner court of the Coricancha. On a bench in the “sun room”, the Sapa Inca sat with the mummies of his ancestors. This and other rooms were oriented northeast–southwest, shingled in gold plate, and embedded with emeralds and turquoise. Focusing the sun’s rays with a concave mirror, the Sapa Inca would light a fire for the burnt sacrifice of llamas. Children were also sacrificed in certain circumstances, arriving in Cusco following a ceque and huaca route.